How Much Will You Earn On An LPN Salary? 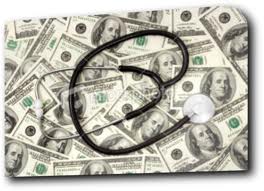 The salary you earn as an LPN largely depends on the state in which you elect to work. There are surprisingly large differences between each of the states in terms of the amount of money that you will be eligible to earn in each. It is very important that you be aware of the facts.

If you are able to choose which state you want to work in than this will guide you in your decision. If you are bound to your home state than this information will give you some guidelines when considering whether or not it is worth your while to become and LPN in that particular state in terms of the LPN salary you can earn there.

There are many factors to consider. You can’t simply waltz into a high paying state and expect immediate employment. There may not be any openings for you. You also need to ensure that the license you have received allows you to work in the state of your choice. Different states have different LPN requirements when it comes to hiring and this is an immensely important consideration when you are attempting to decide where you would like to work as an LPN. The LPN pay is a big factor, but you need to be sensible when addressing this issue.

As previously mentioned there are some states that offer higher LPN wages than others. The best salary for LPN workers can be found in the following areas:

Depending on where exactly you check your facts you will soon realize that the highest LPN salaries can generally be found in Connecticut. Sources vary on exactly how much you can expect to earn on an hourly basis, but in general it is thought that you can earn something between $22 and $25 with an annual salary of approximately $46,890.

Second in line is Massachusetts, where you can expect to earn something like $22 or $23 on an hourly basis. On a yearly basis the average LPN salary for this state is $48,180.

New Jersey is generally considered to be a great state to work as a nurse as the LPN salary that you can earn in this part of the world on an hourly basis is something between $19 and $23 (depending on where you are getting your information). The average yearly LPN salary in New Jersey is $41,240.

The District of Columbia is also one of the better states that you could choose to work as an LPN in. This state offers a fairly good LPN salary at about $21.85 an hour and an annual rate of about $45,450.

In Rhode Island you will be able to earn an hourly LPN salary of between about $20 and $22. The average annual salary for this state is around $43,460.

Delaware is also a good bet if you are trying to decide which state you would like to work in as an LPN. In Delaware the average hourly rate for an LPN is somewhere between $19 and $22 and you will be eligible for a yearly salary of about $41,460.

California is one of the more popular states to work as an LPN. This is because the LPN salary that you are eligible for in California is fairly good. For example, you can earn between about $18 and $22 on an hourly basis with an annual salary of around $39,570.

In Alaska you will be able to earn an hourly rate of about $18 and $22 which is not bad for this line of work. This is one of the better paying states and comes with an LPN salary of about $37,990.

Other States That Pay Well

There are several other states that also offer a relatively high rate for LPN nurses. The following figures are approximate:

North Dakota is at the top of the list of states that you should avoid if you are looking to make good money as an LPN. In North Dakota you will only be able to earn between $13 and $16 which is much lower than the amounts mentioned above. The annual salary will most likely be something in the region of $27,900.

From North Dakota onwards the average LPN salary in the following states just gets worse. In Missouri the hourly rate you can expect to receive as your LPN salary is something between $14 and $15.50, with an annual salary of only about $30,280.

In Louisiana you will not earn much more than $15 as an LPN if you’re lucky, and some estimates for this state are as low as $13 an hour. The yearly average is also not looking very good. On average an LPN salary for one year in Louisiana is about $28,120.

In Montana the LPN salary peaks at just under $15 an hour, which is very low indeed. In fact it is quite likely that you will earn closer to $14 an hour than anything else. Obviously this also means that the yearly rate is also quite low for this region. This is true. In Montana you will probably not earn more than about $28,120 on a yearly basis, perhaps even lower.

In Arkansas you will earn from just below $14 to just below $15. This price range is not very wide, nor is it very high at its highest point. This is one of the states you should consider avoiding if possible (because of course not everyone has a choice when it comes to which state they would like to work in). On a yearly basis the average LPN salary for Arkansas is about $28,140.

You are likely to earn somewhere between $13 and $15 on an hourly basis in Oklahoma, but it is more likely that the hourly rate will lean more towards the $14 than the $15 mark. Even the highest paying LPNs are not paid very well in Oklahoma with a yearly income of approximately $27,880.

The hourly rate range in South Dakota for an LPN salary is between about $13 and $14.50. As you can see this is not very high at all. The yearly rate is also, once again, comparatively low. On a yearly basis you are likely to earn around $27,470.

In Alabama there is also not much going for LPN nurses. In Alabama the average hourly rate falls approximately between $13 and $15.50 with an average yearly rate of something in the region of $28,760.

In Mississippi you will earn around $13 or $14 dollars an hour and the average yearly LPN salary in this state is something like $27,280.

West Virginia takes the cake as you are not likely to earn much more than $14 with some people reporting an hourly rate of closer to $12. This is definitely the state to avoid if you are hoping to work as an LPN. The yearly rate is something like $26,050.

Other States That Offer a Low LPN Salary

There are several other states that also offer a relatively low rate for LPN nurses. The following figures are approximate: 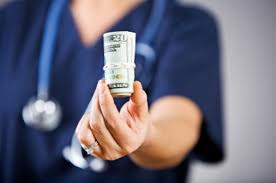 The salary in each state is a very important thing to consider when deciding where exactly you want to work as an LPN. However, there are also other considerations to keep in mind. For example, it doesn’t matter how good the salary is in a state if there are no job openings for you there. It is therefore worth considering which states have the most job openings.

The following is an analysis on job openings for LPNs in some of the states out there along with a comparison of the salary for each of those states.

The Highest Number of Openings are in the Following States:

The Lowest Number of Openings are in the Following States:

Let us consider the above numbers. Salary is obviously an important consideration but you need to be aware of your chances of getting an LPN job in the state that you want to work in. For example, Rhode Island pays somewhere in the region of $20 an hour to LPNs, but there are only about 70 job openings a year. On the other hand you could work in New Jersey at $20 an hour and have a higher chance of getting employed as there are around about 800 job openings each and every year.

On the reverse, there are about 870 job openings every year in Tennessee, which is quite a high number giving you a high chance of getting a job there. However, the hourly rate is only about $14.50. Based on these statistics alone Florida and California are among the best places to try and get a job as the LPN salary and the chance of getting employed are both relatively high. Of course this information only helps you if you have the opportunity to choose your state. If you don’t then you will just have to work where you are located.