Gaining the Inside Lane to Accelerated Nursing Programs 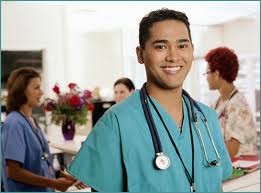 The projected growth in the nursing field is set to place a huge strain on the medical fraternity already under immense pressure from all sectors.

The amount of patients needing care and the government’s increased attention on the health care sector has translated into a very noteworthy statistic; according to the Bureau of Labor, over the next three to four years we could see the need for up to one million nurses.

This is not only because of the developments in the medical fraternity and increased health care funding, but the primary reasons are due to retiring nurses and a society which keeps growing. Suffice is to say that if the health care system improves in the next few years, and by association the condition of the physical health of society, then ironically the population will only continue to grow, placing further demands on the medical industry.

In a time when so many things can be done instantaneously you’d expect that an accelerated nursing program would be a modern day advent, but the truth is that these courses have been around for the better part of three decades. Since their inception there prime purpose has been to meet the demand for nurses. That demand hasn’t slowed in the years since, and has in fact only multiplied. Today, in a down economy, the Nursing field as a career opportunity poses one of the few arenas where substantial growth is expected. So, apart from the few reasons already mentioned here, nursing also happens to offer a relatively secure future in terms of finances at least – a fact the public are growing even more aware of. The point is amplified by the fact that nursing colleges invariably fill their allotted slots for incumbents in study programs, and in some universities, applicants have to jostle to acquire placement. It’s further indication of a growing industry which also happens to stamp great emphasis on the accelerated nursing programs availability to cope with burgeoning demand.

How does accelerated nursing program differ from conventional programs?

As one can expect, a qualified nurse who’s gone through an accelerated program will have all the same skills and training that conventional courses provide. The major difference is of course in the time it takes. The accelerated nursing program may take merely one year to complete. Of course all the subjects in the curriculum are the same; it’s just that the course itself will place a greater strain on the student to cram more work into a smaller time frame. Interesting though, graduates of the accelerated program often achieve higher pass marks. Needless to say, the accelerated program requires a special kind of student willing to brave the intensity of a very demanding course.

The general consensus though, from the medical fraternity (and perhaps society as well), is that the industry has benefited from the introduction of accelerated courses and holds graduates in high regard. Of course the main purpose behind the accelerated nursing program was to satisfy a growing need; and although that need still very much exists – and will not abate any time soon – it has served the medical industry well in fast tracking good and hardworking graduates.

What potential does the accelerated program present?

The accelerated Nursing program student is ultimately on a very set course. They’ve no doubt come to a very pivotal moment in their lives and have chosen to pursue this rigorous program. Due to that very nature, the program serves also to sift through the applicants and characteristically lure’s very dedicated people.

Time constraints mean that you will not dwell on old nursing basics you learned years earlier and are already well versed in, but the course looks to push you and continually add to your training and previous experience. All the regular skills will be taught and are included in the curriculum, like the following:

In some courses, predominantly accelerated LPN to RN programs, they are known to pay particular attention to leadership and decision making skills that will set you apart from your previous roles. It can be widely accepted that an accelerated program graduate does carry a certain amount of respect as they are not new to the nursing profession and have accumulated a fair amount of experience in addition to their intense nursing training.

The benefits of an accelerated nursing degree 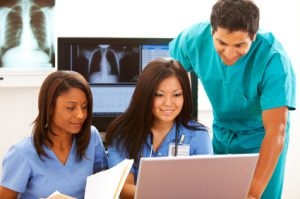 The main advantage of the accelerated nursing programs available is that it cuts out several years of study. For instance, the standard associate’s degree program takes two years (cut to one in the fast track form), whilst the BSN degree which usually takes four years will only take up half that time. In considering the momentum built up after enduring a couple of intensive years of study, employers will expect the graduates to no doubt continue on that trend in their work place. Employers are very keen to take on accelerated program graduates due to their high work ethic. Those who choose this avenue of study are invariably very driven people who’ve resolved to take up nursing as either their initial chosen vocation or as a career change. Usually they already have a few years’ experience behind them which aids in expediting their careers as they’re able to apply their working knowledge to the intensive course. It’s mainly due to these reasons that accelerated nursing program students achieve higher grade averages than the standard course students.

Carrying that same work ethic through to their place of employment is commonplace – easing the chances for career advancements in the form of greater responsibilities, promotions and higher salaries.

Interesting to note is that the average salary for those completing the accelerated nursing program is on the rise. The range of pay fluctuates between $43 000 (for the lowest salary one can expect upon graduation) and $94 000 (for the highest qualified and most experienced registered nurses) annually. These figures were taken from the Bureau of Labor Statistics and apply to hospitals where over sixty percent of all nurse are employed.

Needless to say that the higher your level of education, the greater the potential for future employment opportunities, with the doctorate and masters at the top of the list, followed by the degree and diploma.

The challenges that can be expected

Due to the nature of the accelerated Nursing program, every applicant is very aware, or made aware of the challenges involved. Applicants will have to research the course before hand to gain a reasonable understanding of what it entails. With the growing demands of the industry and the evolving role of nurses in not only hospitals but outside faculties as well, not to mention the current (and for a long while to come) nursing shortage, the duties involved and the skills to perform them has placed a new dimension on all nursing programs. The challenges before you may also depend on the type of course you take as well as your previous experience and education; for instance if this were to be your second degree program then you will not study the courses you’ve already completed, thus a full background check will be carried out to determine your enrollment classes.

In addition to the already high demands of the course, there may also be a few entrance exams and interviews to be completed to ensure that the applicant is capable for the course. These may also include, depending on the applicant and their qualifications, a number of under graduate exams.

There will be little rest, if any, between classes as every student will go through a diverse set of training to cover all aspects of nursing so that every graduate is fully equipped to tackle a variety of scenarios they’re faced with in their working environment. Often students will take what they’ve learned in the classroom and move directly to the hospital or clinic to put it into practice; this includes communication and administrative skills.

Above all though, the overwhelming challenge that the accelerated Nursing program presents for the student comes well before they even start the course. The decision to undertake this program and the processes accompanying that choice is a major task in itself, requiring the prospective student to make a huge life decision, which includes, in some instances, changing career paths entirely.

When the accelerated programs were first introduced they were targeted at those individuals who were already in possession of a Bachelor’s or Associates degrees and were looking to further their careers with a second degree. That model applies today as well. There are a few accelerated LPN programs out there, but the more common program involves the LPN to RN accelerated transition course as well as the CNA to LPN fast track course. The latter is aimed at gaining enough credits to earn a degree.

So before looking to enroll in any accelerated program, make sure you have what it takes to not only qualify academically, but also mentally. It is advisable to carry out an authentication test to ensure that the course you’re leaning towards has all that you’re looking for in its curriculum (in particular the subjects which were covered earlier in this article), especially if most of your research is being done online.

Although there are a number of programs available, one should do a fair bit of research to make sure that its right for you. A good place to start is with the schools that offer the courses you seek. For instance, the accelerated LPN program is a rather rare course (most schools offer RN to BSN, RN to MS or a variety of associate degree courses), yet there are a few schools who do provide it and you may yet achieve your degree in under two years.

As we’ve learned, the type of person who’d be willing to take on the challenge of an accelerated nursing program is a very dedicated and driven person. That student will already have gone through a variety of different courses and programs and spent a fair amount of time studying and working to gain experience. Applicants of the accelerated courses will already be in possession of an Associates certificate, Nursing License, diploma, Associates degree or Bachelor’s degree.
Additionally, those who choose the accelerated program will have a very clear and definite idea of where they’d like to be in their careers and need the time that a shortened study period affords.

It is a very beneficial course to undertake, though getting to the level of experience and skill needed to enroll is a sufficient challenge in itself, one that should not be underestimated, and any applicant who does not research the program well enough, may find a few challenging surprises down the line.

This title may scare people because what would a hospital, or in fact the medical world be without nurses. They are the care givers of the medical fraternity and it is a major concern for everyone that there’s a nursing shortage – which says a sad tale about the state of the health of society. With a shortage of such a vital component of the health care sector, accelerated Nursing programs has sought to provide at least some respite. The good news is that there is plenty of growth in the Nursing field as more people seek to make it their career, and with this increase comes a many new opportunities, even more so for accelerated Nursing program graduates. Nursing has evolved substantially from the basic care giving duties to care plans, administering medication, patient diagnosis, a host of administrative duties and much more.